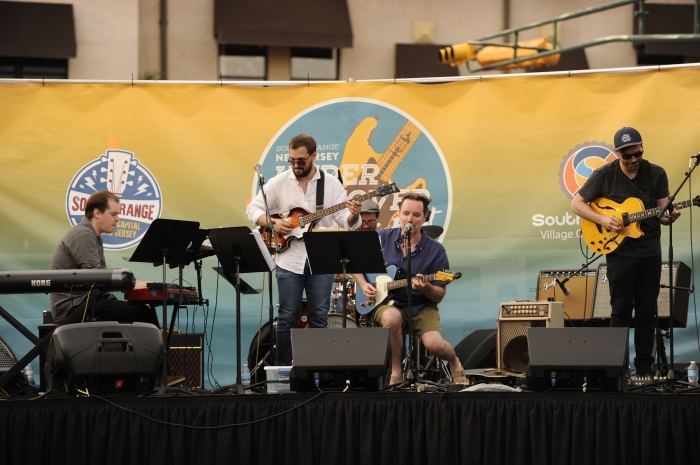 New this year is a large beer garden (cash bar) hosted by The Fox and Falcon, which will serve beer from four regional breweries (SOMA, Carton, Asbury Park and Flounders), wine, cider, a “Flood’s Hill” specialty cocktail with tequila and delicious festival food (youth are permitted to enter, and provisions will be in place to ensure there is no under-age drinking). Kids activities will be provided by General Store Cooperative, which will also be selling music-centric wares from local independent stores, markers and artist.

- No alcohol is allowed outside the beer garden. Beer garden is cash only.

- Picnics, blankets and low-profile folding chairs (no higher than 9” off the ground) are allowed on Sloan Street (outside the beer garden)

The Under Cover Music Fest stage will be located on Sloan Street near South Orange Avenue (facing the direction of the firehouse). Downtown parking will be free thanks to the South Orange Parking Authority. Track the latest news by following @SOVillageCenter on Facebook and Instagram and using #UnderCoverMusicFest