TONIGHT: Pride Dance is now a fundraiser for Orlando families

North Jersey Pride has announced it will now be donating 100% of proceeds from the annual Pride Dance to the families of the shooting victims in Orlando. The dance will be a place for our community of LGBTQ people and their allies to be together during a week of great sadness and loss. We will honor the memories of those lost by celebrating who we are and who they were. Admission is free with donation to the cause.  #weareorlando 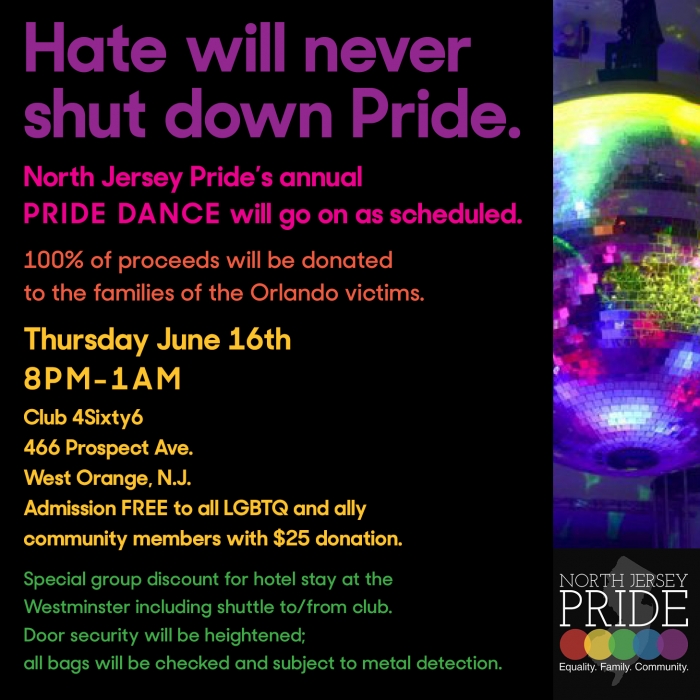