The Forgotten History: The Battle of Springfield 1780 at Durand-Hedden

Learn about the critical Revolutionary War battle of 1780, fought just down the road from the Durand-Hedden House, in Vauxhall, the Short Hills, Springfield, and Connecticut Farms (Union).

Historian John Kieser will bring to life this often-overlooked conflict, in which the New Jersey militia held off the British and prevented them from getting to Washinton's troops in Morristown. Doors open at 1pm; presentation begins at 2pm. 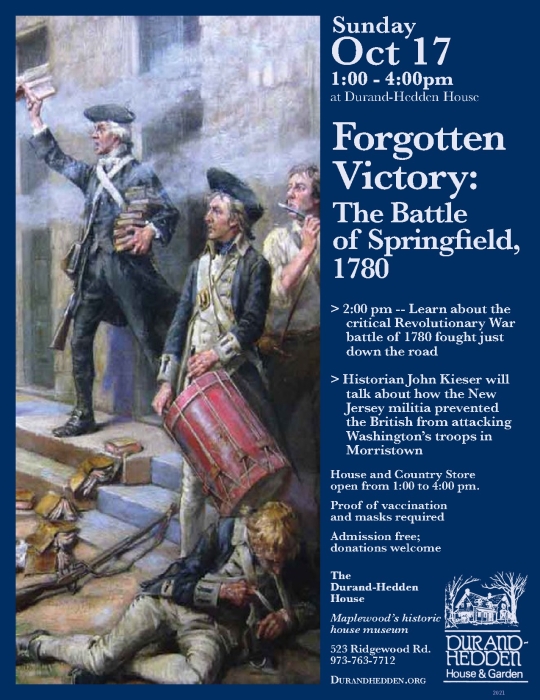