There is a Severe Thunderstorm Watch in effect from now until 10:00pm this evening for the entire state of New Jersey

It was plain fuc king crazy coming back from Madison just now.

It was plain fuc king crazy coming back from Madison just now.

Thanks but that is all behind me. I haven't ridden a bike since 2014.

Again, there is a SEVERE THUNDERSTORM WATCH today, Thursday (really this time) July 23 until 10:00 pm

I was in NYC yesterday and got soaked by pounding torrential rain and wind.  I was walking from a building to my car about 3 blocks away.  As I came out of the building, a woman coming in said, in reference to my small umbrella, "that isn't going to help you."  She was so right. 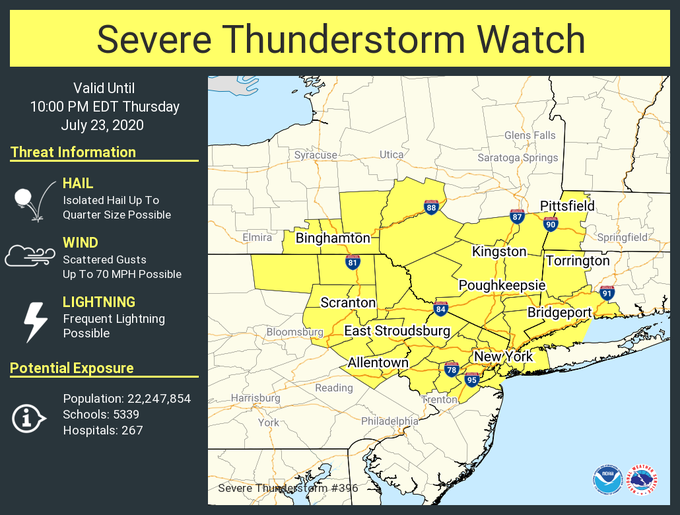 I wish this shizz would stop. I really need a dry night so I can kill the wasp nest they’re building in my soffit.

Power surge last night fried my electrical.  I had lights flickering, etc.  I turned off the major stuff, all the lights, other appliances, and tried to get by using literally one pedestal fan and one window fan.  That seemed okay, then they both suddenly burned out at the same time.  And I forgot to unplug the coffee machine and that got fried too.

JCP&L came out this morning, confirmed that the issue was not with their wires, then looked at my meter and apparently my ground wire had “two strands left.”  When I called the electrician this was apparently a serious enough of an issue that he canceled a scheduled job to come straight out to our house and fix it as he said it was a fire hazard.

I really hope we don’t get any more storms and/or electrical issues.   I just bought a new coffee maker to replace the fried one, and if we get another power surge I’m going to be pissed

We still need more electrical work done, but the safety issue has been handled so we can now schedule the rest of the work at a more convenient time 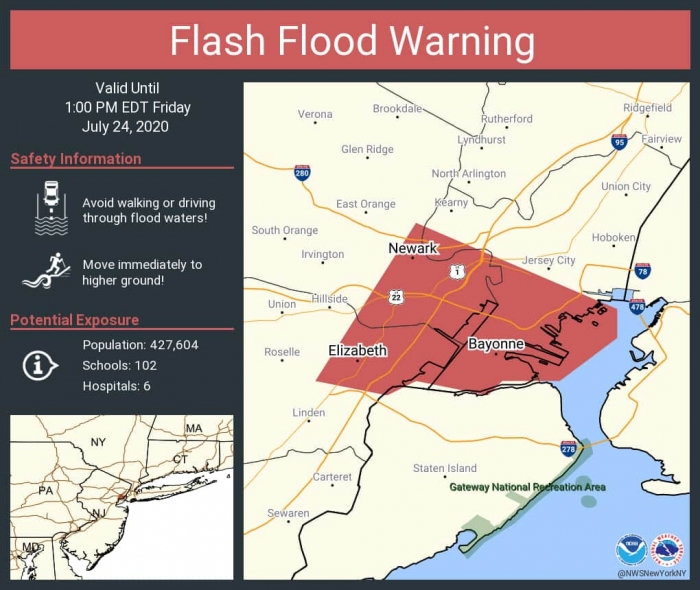 There was some crazy thunder/lightning in the middle of the night.

I think I'm just going to keep this thread going until something interesting actually happens. 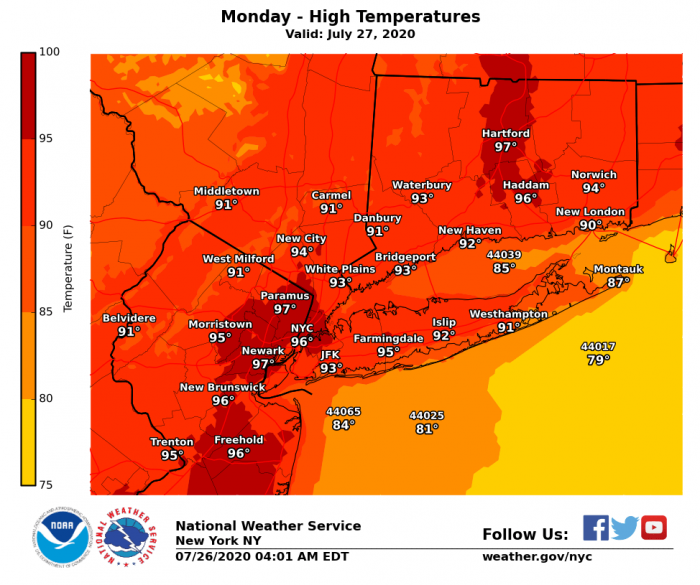 Gonna drive out to the spot where it's 79 degrees.

It's not the heat, it's the humidity.

It's not the heat, it's the humidity.

Sure is hot and humid...

Do you ever get the feeling Mother Nature is just messing with our heads??

Let’s be honest, every July is a heat advisory.  June and August I am able to get by with open windows and fans for quite a lot, especially at night.  But from July 1st through the 31st we basically run the AC 24/7 and prepare for the stomach punch when we open the electric bill.

Agree.  July is statistically the hottest month of the year...EVERY year.

Sure is hot though.

Sure is hot though.

Hot enough for ya?

Ok. Granted, he took care of the heat but Max gotta do sumthing about the humidity.

If he does, I will nominate him for Maplewood
"Citizen of the Year."

Return to all Discussions
Return to Weather and Transit related