Here's the list - who have you liked the most?  I thought Jennings was good.   I'm really enjoying Bill Whitaker this week - I think he's my choice so far.  My least favorite was Aaron Rodgers.

These eight are all great guest hosts but the permanent slot is Ken Jennings’ to lose. Fans seem to love the Jeopardy! GOAT’s first episodes filmed after Trebek’s death.

Katie Couric, a journalist and former Today show host, has had hosting gigs at all of the Big Three television networks (ABC, NBC and CBS). Suffice to say she knows how to handle herself behind the podium. She will become the first woman ever to host the show.

Aaron Rodgers, a two-time MVP and quarterback for the Green Bay Packers, counts himself as one of 24 million fans of Jeopardy!. In fact, in 2015 when he appeared (and won!) on Celebrity Jeopardy, he says the experience of meeting Alex Trebek was one of the high points of his life.

60 Minutes correspondent Bill Whitaker is the wild card among the newest guest hosts. He holds a master’s degree in African-American studies and several honorary degrees.

Mayim Bialik is the former star of CBS’s The Big Bang Theory and the current star of Fox’s Call Me Kat. A neuroscientist in real life, she’s a great choice to serve up clues for a brainy quiz show.

Co-Anchor of NBC TODAY, Savannah Guthrie is also the chief legal correspondent for NBC News. She has served as primary anchor for the network’s major breaking news events and has conducted a wide range of exclusive interviews with newsmakers from presidents to celebrities and other notable figures.

Robin Roberts is the co-anchor of ABC’s Good Morning America. She is the author of From the Heart: 7 Rules to Live By and her memoir, Everybody’s Got Something.

David Faber is an award-winning journalist and former Celebrity Jeopardy! champion who serves as the co-anchor of CNBC’s Squawk on the Street.

Joe Buck is a Emmy-winning sportscaster known for his NFL and MLB coverage on Fox network. He has served as the play-by-play announcer for the World Series for the past twenty years and is only the third announcer in history to lead a single television network’s MLB and NFL coverage in the same year.

Anyone have a favorite so far? I liked Jennings, followed by Rodgers.

Mike Richards is my favorite.

Richards was pretty good. I find Whitaker a bit flat, but at least he's fast on responding to an answer. Cooper was annoyingly slow at that. He broke the rhythm of the show, I thought.

I wonder how they're going to choose the permanent host? Fan vote?

And I'm against Oz on moral grounds.

Mike Richard's signoff message was cringeworthy and forced us to turn it off early.

Anderson Cooper did a great job, as did Ken Jennings, and we were surprised how much we liked Aaron Rodgers.

Anderson cooper was good also and Jennings. It’s a tough one. Maybe a vote for favorite is the best scenario. As you can tell, people dislike some people for the strangest reasons.
I think it might come down to vote. And Jennings will get the job.

There's not a lot for the host to play with here. You read a clue, you deal with the answers and you move on.

The key is what the host says when they have the opportunity to speak, and I think that whatever they say has to have some spark of wit or humor or something, that makes the show more interesting. Not every time mind you, but enough times to make things interesting.

I was disappointed in how much Katie Couric annoyed me as I was routing for a woman! Enjoyed Richards and Rogers and Cooper was ok. Not a fan of Jennings and can’t even contemplate Oz. Need to catch up with this week’s episodes!

This anecdote gave me a laugh.

When Aaron Rodgers, the Green Bay Packers quarterback and legitimate “Jeopardy!” obsessive took the stage, I eyed him warily. Like Oz, he appeared to be an interloper from another television genre. Then, in one of his early games, Rodgers read a $400 clue (“In the 1960s these Midwesterners earned 5 NFL Championship trophies”), and when no one buzzed in with the correct answer — “Who are the Green Bay Packers?” — he extended his arms in this charmingly deflated manner, and I was disarmed.

What Should the New ‘Jeopardy!’ Be? Guest Hosts Provide the Clues. (NYT)

I was disappointed in how much Katie Couric annoyed me as I was routing for a woman! Enjoyed Richards and Rogers and Cooper was ok. Not a fan of Jennings and can’t even contemplate Oz. Need to catch up with this week’s episodes!

Yeah, Katie Couric just didn't have it, but Robin Roberts is intriguing (if she's even interested in the main gig). I think the combination of her brains, live TV experience, interviewing ability and sports background make her a formidable candidate.

I do not normally watch Dr. Oz, but I know he generally gives useful health information although he does seem to focus on trendy topics.   I did see that back in March and February of last year that he was on FOX network and saying that hydroxychloroquine might work and that it should be studied.   His saying that it should be studied is a very important point since it shows that while he saw some promise for the drug, he acknowledges that it is not yet proven.   The same goes for the covid plasma treatment which showed some promise at first.  So if the moral objection is that Dr. Oz was on the FOX network saying that hydroxychloroquine should be studied, then I do not see this as a fatal moral flaw.  If there is another moral issue, please let me know.

I have to say Mayim Bialik is really good!

Thirty years ago, she was the teen star of the NBC series Blossom, then went on to earn a doctorate in neuroscience from UCLA. She eventually returned to acting, most prominently in the featured role as Sheldon’s physicist girlfriend on CBS’s long-running The Big Bang Theory.

I've liked Mike Richards, Aaron Rogers and Buzzy Cohen so far. Buzzy surprised me - I hadn't expected to like him as much as I did as the host, given how I'd reacted to him as a contestant. Mayim Bialik is also impressive. Wasn't crazy about Katie Couric or Dr. Oz. The others were OK, none of them as host would keep me from watching the show, but they weren't my top favorites. Looking forward to LeVar Burton - I had thought he'd be a good choice back when they announced a season of guest hosts.

I did see Mayim on Jeopardy but didn’t hear her name. Always enjoyed her on The Big Bang Theory and think she did very well as the host.

She's a good host, but I can't help but be bothered that she's using the fact that she has a PHD in neuroscience to sell snake oil (Neuriva). Kinda low. And certainly doesn't reflect well on her academic credentials.

I liked Aaron Rodgers and even Mehmet Oz.  But I have soft place in my heart for him. 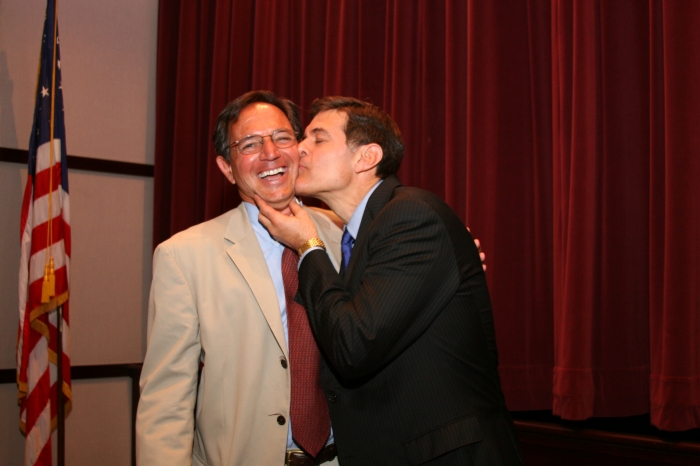 Dr. Oz pushes unproven alternative medicines/therapies and uses his position as a TV doctor to line his pockets financially.  As a medical doctor, he should have certain ethical standards which he violates (in my opinion).

I missed the first few (Richards, Couric, & Oz), but have been watching since. Didn't really like Mayim Bialik much at all; Bill Whitaker, the CBS reporter, had been my favorite, but I think I'm now leaning Savannah Guthrie.

There's a trick, when no one knows the answer to a tough question, of making it sound like you the host only have that answer because it's written on a card or screen right in front of you, and not because you're some super-genius and just KNOW the answer. Bialik was really bad about that. (Her interactions with contestants also felt kind of fake to me.)

Our favorites were Aaron and Buzzy

Our favorites were Aaron and Buzzy

Aaron was my least favorite.

I liked Bill Whitaker and Mayim Bialik the most.

I think my favorite is Mayim Bialek.  Kenboy,you know she really is a super genius,has a Ph.D in neuroscience from UCLA. I always enjoyed her on the Big Bang Theory  and she seems to fit in here. Sorry I repeated myself from previous comments but I haven’t changed my thoughts.