The Scottsboro Boys at the Burgdorff 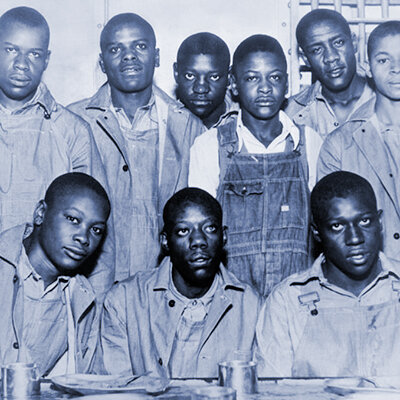 THE SCOTTSBORO BOYS musical received 12 Tony Award nominations in 2011 and is based on the book by David Thompson, with music by John Kander and lyrics by Fred Ebb. The story line covers the Scottsboro Boys trial of 1931 where nine black boys were dragged from a train in Alabama after being accused of rape by two white females, rushed to trial and - without evidence -found guilty and sentenced to death. The musical has the framework of a minstrel show, altered to "create a musical social critique" inviting audience members to look at racial relations with a critical heart. Each performance will be followed by a talk-back with the audience led by South Orange/Maplewood Community Coalition on Race.