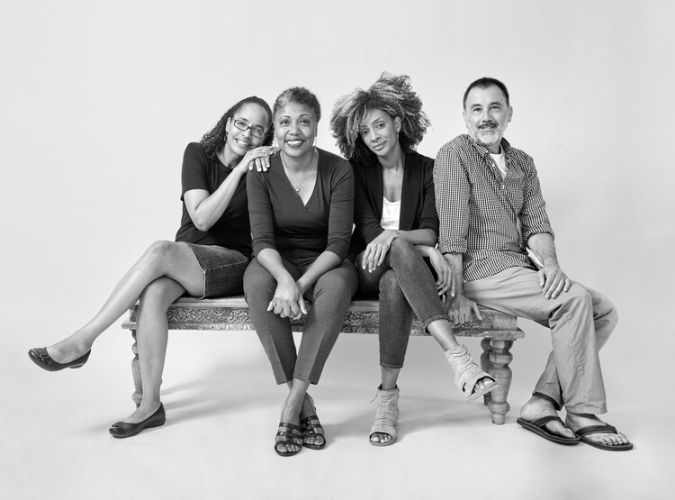 In their group memoir, The Toni Morrison Book Club, these four authors use Toni Morrison’s novels as a springboard for intimate and revealing conversations about the problems of everyday racism. They discuss what it means to read challenging literature collaboratively and to learn in public as an act of individual reckoning and social resistance.

Juda Bennett is the author of Toni Morrison and the Queer Pleasure of Ghosts (SUNY, 2014), Essays Unzipped (Peterson’s, 2007), The Passing Figure (Peter Lang, 1997), and numerous articles on race and sexuality. He is a Professor of English at The College of New Jersey. He lived in 3 hippie communes in the 70s and 80s before becoming a professor, and is completing a memoir on gender expression and the 1970s.

Winnifred Brown-Glaude is the author of Higglers in Kingston: Women’s Informal Work in Jamaica (Vanderbilt University Press, 2011), editor of Doing Diversity in Higher Education: Faculty Leaders Share Challenges and Strategies (Rutgers University Press, 2009), and numerous articles on race, gender and sexuality in the Anglophone Caribbean. She is an Associate Professor in the departments of African American Studies and Sociology & Anthropology at The College of New Jersey. She is currently working on a book that examines the impact of neoliberalism on the Jamaican society and public imagination.

Cassandra Jackson is the author of Barriers Between Us: Interracial Sex in Nineteenth-Century American Literature (Indiana University Press, 2004) and Violence, Visual Culture, and the Black Male Body (Routledge, 2010). She is a Professor of English at The College of New Jersey. She has published her public commentary on race in American culture at The Huffington Post and The Washington Post. She is completing Grief’s Children, a memoir about being black and infertile.

Piper Kendrix Williams is the co-editor with Brian Norman of Re-presenting Segregation: Toward an Aesthetics of Living Jim Crow (SUNY 2012). She is an Associate Professor in the English and African American Studies at The College of New Jersey. Currently, she is working on A Black American Love Story, a book that merges memoir, family biography, and cultural criticism.