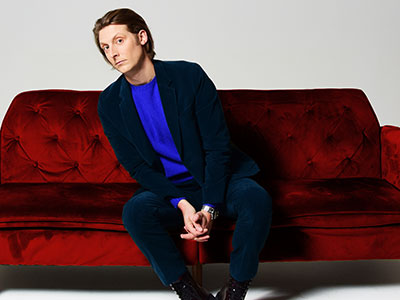 Eric Hutchinson is an international platinum-selling Singer-Songwriter who has shared the stage with artists such as Jason Mraz, Amos Lee, Ingrid Michaelson, O.A.R. and Michael Franti. His single “Rock & Roll” earned him his first gold record in the US and the song became a #1 hit in several countries.

Hutchinson is also best known for his hit singles “OK, It’s Alright with Me,” “Watching You Watch Him” and “Tell the World.” He was named an AOL “About to Pop” artist, Yahoo! Who’s Next Artist, MSN “One to Watch” Artist and a “VH1 You Oughta Know Artist.”