We are delighted to welcome back The Blasters to the Rent Party stage!

Blasters shows have been described as a cross between Creedence and the Clash, with a display of passion and energy only deepened by decades of experience. For all of the ways in which the world has changed in the past few decades, one thing is still guaranteed: the Blasters play American Music.

Opening the show will be local favorites Marry the Sea.

The soaring vocal power of Marry The Sea delivers timeless messages of love and empowerment from the landscape of our modern world. Their original compositions, pitch-perfect harmonies, and brilliant acoustic interplay of guitars and violin transform listeners, while upright bass and drums further expand their inspiring sound. 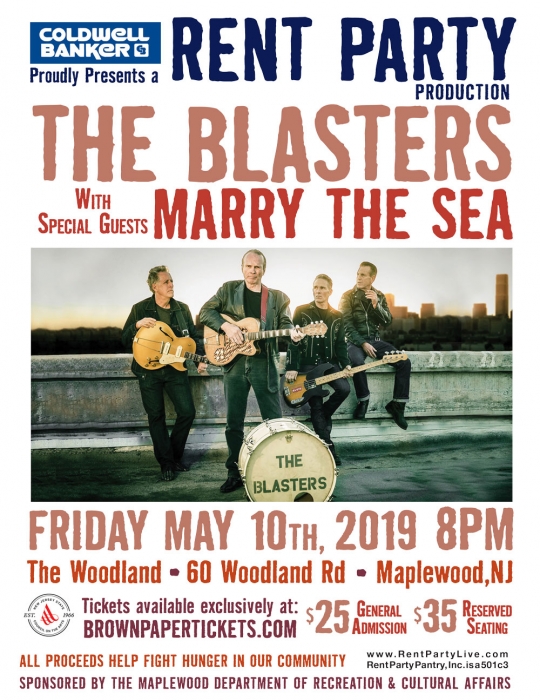 We're really looking forward to this one...

This one was a winner.