Learn how this area of Maplewood, bordered by the Maplewood Country Club golf course, the Morris and Essex rail line, and the Maplewood Middle School evolved from farmland in the 19th and early 20th centuries to today’s cohesive suburban neighborhood. Beginning with New York druggist John W. Shedden’s 1861-1867 purchases of 30 acres around Maple Avenue, home lots were mapped and two “cottages” were built. Shedden secured the value of his property and the importance of the town by persuading residents to give one-acre of land close to Golf Island (near Lenox Avenue in the current Village) to the Morris and Essex Railroad to build a station, soon named ‘Maplewood Station’ for a notable nearby maple tree.

Development began slowly, then accelerated in the early 1900s with new streets and houses and the construction of the 1903 brick Maplewood School on Baker Street. By 1910, the neighborhood largely took on the layout we see today. In 1916, the Maplewood Field Club (later the Maplewood Country Club) acquired property to the east previously owned by Charles DeGrasse, builder of the Maplewood Sporting Club, beginning the setting of clear boundaries and preventing further development of the land surrounding Golf Island.

Various town residents had their hand in selling and subdividing property or building houses, including the Brower, Pierson, and Salter families, and architect Kenneth Dalzell. The homes are primarily early 20th century single-family dwellings in the Colonial Revival, Italian Revival, and Craftsman styles. Some Victorian houses remain at the northeastern end.

The impetus for this exhibit was the 2017-18 architectural survey of Golf Island completed for the Maplewood Historic Preservation Commission by Hunter Research Inc. At 2:00 p.m. Eryn Boyce, the architectural historian who carried out much of the fieldwork on the 136 properties will present a talk on the project and will be available for questions. The exhibit will display maps, show representative houses, explain the history of the golf course and Maplewood Middle School, and feature histories of some developers and residents. 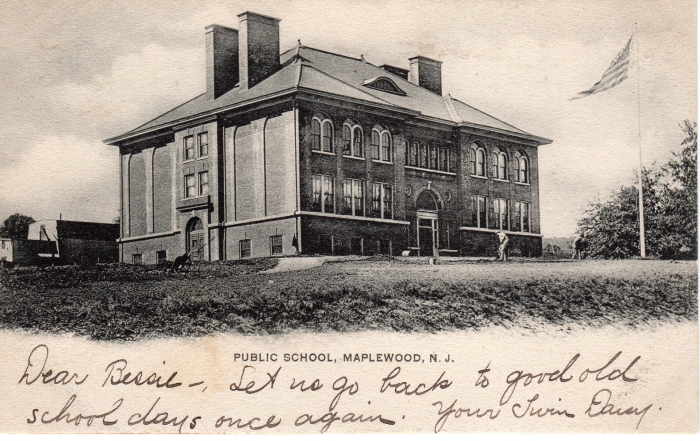