The animal world — and the human connection

Sometimes, what may appear to be the solution, only becomes a new problem. 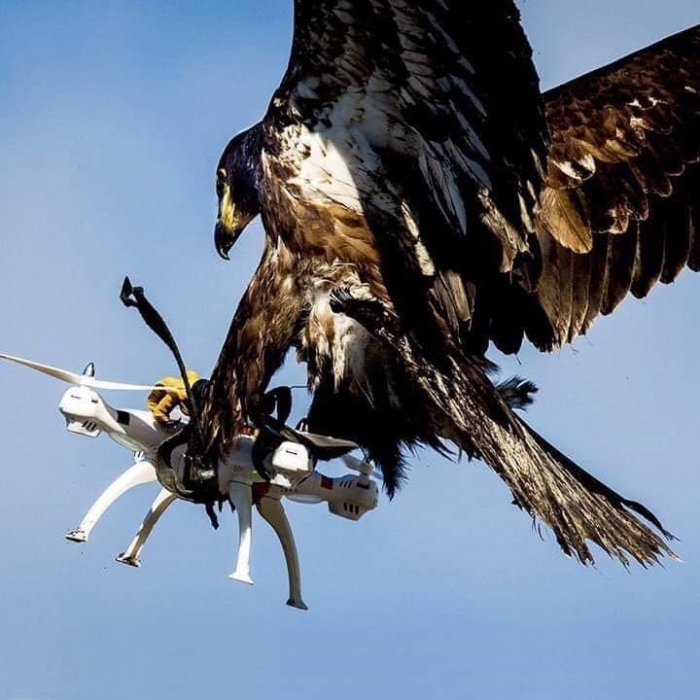 Surely these are the cutest critters I have seen all year

Check out their teeny feet:

My only concern is that their habitat survives summer and the drought. These mammals are notoriously susceptible to rising temperatures.

Seeing birds through binoculars, changes everything...

Sadly, wouldn’t let me in, even though I don’t remember reading a NYT article this year.

“But the bottlenecks also serve hunters. At certain points throughout the country, the narrow flyways funnel birds through elevated vantage points from which hunters can get easy shots.

In 2017, Axel Hirschfeld, campaign and operations manager with the Committee Against Bird Slaughter, traveled to Lebanon to conduct a survey of the problem. “What we saw in 2017 was the worst I’d seen in 18 years of work for C.A.B.S.,” he said. Hundreds of dead birds were left uncollected on the ground, and the soft breast feathers of eagles could be seen falling like snow as the birds were shot from the sky.

In addition to working closely with C.A.B.S., Mr. Serhal’s organization has lobbied Lebanon’s government for stricter anti-poaching laws, developed a bird book and field guide, and visited scout groups and schools. It also has reintroduced a traditional Islamic system of conservation to Lebanon.

Two decades ago, Mr. Serhal was looking at century-old military maps of Lebanon when he noticed something oddly familiar: areas labeled “hima,” and town names that included the word. In Arabic, hima can mean refuge, protected area, private pasture or homeland; “Humat al-Hima” (Defenders of the Homeland) is Tunisia’s national anthem. Mr. Serhal had known vaguely of the idea, but had no idea that hima had existed in Lebanon.

He discovered that the concept dates back more than 1,000 years, with a mention in the Quran. Muhammad had designated certain areas as hima, which meant they were subject to rules about grazing, hunting or even trade. On Mr. Serhal’s maps, it turned out, hima signified communal areas. The word’s appearance gave him an idea: Perhaps he could revive its traditional meaning.

“That gave me the shock of my life,” he said. His binoculars revealed a different way of viewing nature: “When you go to the field as a hunter with a gun, you don’t see the bird. The minute you flush it, you shoot.”

Watching the bobwhite mother protect her chicks, he thought: “I am a criminal.”

But after a few years, he felt the Shouf wasn’t working as well as it should. The American model, of land designated and protected by the government, had angered people in the surrounding villages, who had been free to use the area for as long as anyone could remember, to graze livestock and pick wild herbs.

Mr. Serhal thought that, instead, hima might be accepted as a traditional concept; it also would include communities and municipalities in the design of the conservation areas. Hima wouldn’t be just about protecting nature, Mr. Serhal said; it would be “nature plus people.” When S.P.N.L. helped a community design a local hima, the group suggested additional conservation methods, like banning hunting.

The first hima was established in southern Lebanon in 2004. Today there are 25; they have been given legal status by the government and cover more land than Lebanon’s national parks. Five of the designated hima are also what BirdLife calls “Important Bird Areas,” of which there are 15 in the country. Last year, Mr. Serhal was awarded Japan’s Midori Prize for Biodiversity, among the world’s most prestigious awards for conservation work.

Thank you for this article.

and yes, at this stage our part of the Gold Coast is no danger.

For Joanne — and animal lovers

Australian working dogs – blue and red heelers, kelpies and border collies – are known for their high energy, strong work ethic and good nature, but what happens when they don’t quite fit into farm life and also aren’t cut out for domestic life?

Meet Bear, the koala detection dog that’s been deployed to sniff out the iconic marsupial in fire ravaged areas across the east coast of Australia, an important part of the Detection Dogs for Conservation program at the University of the Sunshine Coast.

Romane Cristescu, Bear’s trainer, says that before Bear’s rescue in 2016 he was acting out. “He was a very high-energy young adult and apparently ate the whole flat he was living in,” – a behaviour that Romane puts down to boredom.

The Detection Dogs for Conservation program was after high-energy dogs that can happily spend hours in the bush with researchers. An obsession with playing and a soft nature with other animals are also critical to a detection dog’s success. Bear was the perfect fit.

“Bear is a happy soul, always keen to be on the move and do something,” says Romane. “His worst nightmare is to be left behind when you go to work – luckily for him, we are allowed to bring our dogs to work everyday.”

All up, the program has five dogs, with two of those dogs dedicated to sniffing out koala scats, known officially as koala habitat detection dogs. Bear isn’t usually deployed in dangerous settings like the bushfires we’ve seen recently. Rather, his sniffing skills are used for research purposes.

The idea for a koala detection dog came about when Romane was searching for koala scats for her PhD, spending countless hours on all fours, scrambling through the leaf litter in search of the precious poop.

“That gave me a lot of time to think of a better way – one that possibly was four-legged,” Romane says. “Little did I know at the time that others had been working with dogs to help conservation in the past, but as far as I know, never before for koala scats.”

In 2015, Romane and her colleagues published a paper in Nature, detailing how the koala habitat detection dogs had a 100 per cent success rate in finding the scats, while humans were found to miss around 30 per cent of sites, which impacted robust data on koala distribution.

“With the help of our four-legged team, we are tackling some big research questions such as the impact of fragmentation on genetics of the koalas and how to maximise habitat rehabilitation benefits,” says Romane.

“We also work closely with government and industry partners to feed robust data into their management strategies, but also, on-the-ground actions such as protecting wildlife during habitat clearing. We also partner with non-for-profit to help with animal welfare, such as finding sick or injured animals.”

Bear’s sponsors, the International Fund for Animal Welfare, believed his talents in locating sick and injured koalas for wildlife carers in the past could be put to good use following the devastating bushfires.

According to the Port Macquarie Koala Hospital, around 350 koalas have died in the fires. The fact that koala populations in NSW and QLD were already under pressure prior to the fire, from land clearing, attacks from domestic animals and climate change, has scientists worried about populations going forward.

“Bear has only been deployed in a few areas yet, as there are still many places unsafe for us to go,” says Romane. “In those areas he hasn’t found survivors, which could mean the fires were so hot there isn’t any trace left of koalas, or, hopefully, that koalas either moved ahead of the fire front and into safer areas, or have been rescued already.”

Beyond his important work during these devastating bushfires, Bear has a long career ahead of him assisting scientists like Romane with conserving Australia’s koalas. “Even professional koala spotters can miss up to 80 per cent of koalas during searches. This isn’t good news for a vulnerable species…this is the reason we are constantly trialing new methodologies – Bear is a very attractive and entertaining

I have to say, Diego is quite the looker!