Jetpack Jones and the Prison Planet of Peril 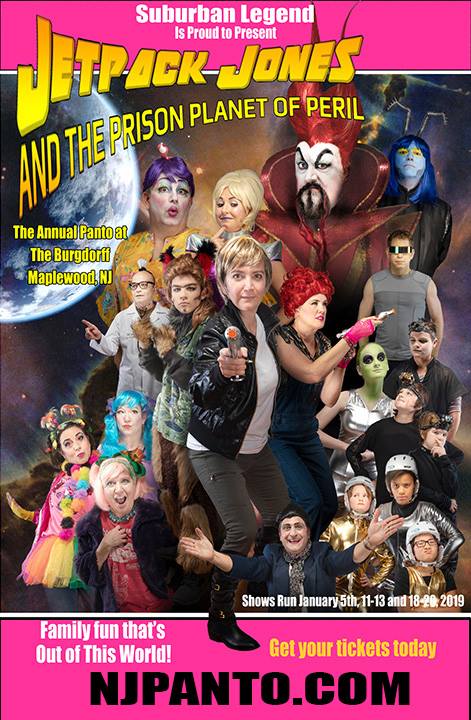 Suburban Legend presents Jetpack Jones and the Prison Planet of Peril: a family show written, directed, produced by and starring local residents, with profits benefiting local charities. Get ready to shout “It’s behind you!” and join in the fun! Sing along to our silly songs and be ready to laugh at some of the best worst jokes ever told in Maplewood.

Rajeena and her daughter Hera are prisoners of the evil Emperor Zoltan on the Planet Peril where children are sent to mine its precious ores. Their lives are turned upside down when space heroes Jetpack Jones and his trusty alien friend Mitch are captured by Zoltan and sentenced to join them on Peril. Immediately Jetpack, Mitch and the prisoner hatch an escape plan, but will it succeed? Will Zoltan’s secret evil scheme be thwarted? Who’s side is Princess Velyana on, anyway?

All will be revealed in a brand new hilarious family adventure that’s out of this world!